Perhaps on no other day is the nature of fear and fearlessness more apparent than on the winter solstice, the celebration of dark during a season given to light. Tonight, the quarter moon reveals the yin and yang of life, its phase equally light and dark.

A rather somber opening for a solstice celebration but these days are darkened by a pandemic that kills thousands—incredibly, thousands—every day. No sentence is darker than that. Yet, there is the promise of a vaccine; like the solstice it is the promise of lighter days. The science of stuff gives a glimmer of hope, and the rest is up to us.

Too given to fear, we often stay in the dark much longer than we need, not only at a high cost to ourselves but to the planet. We too soon forget that fearlessness is not being without fear but facing what scares us the most, the light of day, revealing who and what we are. Transformation. The winter solstice marks its beginning.

For over 30 years now, the winter solstice is inextricably intertwined with a quarter moon night, both black and bright, in a southwestern Wyoming town that has become known to me as Fossil. No such place really exists but the land of the fossil fishes does. There, life is in layers with occasional interruptions in the laminae—the moments that change everything—it’s a place I lived and then later it became its own story, and every December, I return to begin anew. Sometimes, I actually do.

Jillian drives west on Interstate 80, searching the brittle, white Wyoming landscape for highway marker 189. Unending waves of prairie snow-crust keep her from locating the lone highway marker, but the broad, green-and-white exit sign that reads “Fossil” is not to be missed. She turns onto a narrow, two-lane highway that looks and drives like a one-way street. This is the high plains desert, 6,900 feet, covered in glistening snow crust that will not melt until June is the last thought she allows herself before arriving at the house on Ruby Street, on the night of the winter solstice quarter moon.

In the clear cold of midnight, Jillian looks at an Independent Realty photograph that had been taken the previous May when burnt orange poppies surrounded the once white clapboard Ruby Street house now covered in a false, red brick front that sags. Nubs of native grasses dotted the wind worn grounds; seven aging cottonwoods bordered the back and sides of the corner lot. Sweeping, broad limbs of a lone blue spruce provided perpetual shade for the front porch. And facing the eastern scallops of Oyster Ridge, with its fumaroles from long abandoned coal mines, was a cherry tree heavy with blossom, magnificent in its breadth.

But this is the winter solstice and there are no blossoms, poppies, or grasses, nubs or no; just the fumarole gas plumes in the moonlight, somewhat like Yellowstone’s geysers, as they start to signal their burst. But this is not the fantasy of Yellowstone. It is life at timberline, a harsh cold beauty for the very few. The fumarole plumes will fade with the night but the gas is ever present if not always seen.

In the -2° crystalline landscape, the snow beneath Jillian’s boot all but shatters with her every step. Everything looks and feels cold enough to break at the touch of her glove so she is careful as she turns the key in the front door of the first house built in Fossil at the turn of the 20th century, the Madam’s home. Standing on its threshold, there seems a sliver of possibility Jillian has found her way home. Maybe it is the magic of the solstice with its yin and yang moon, yet in the stillness of the dark, the light swirls as she lets a life lived end and a life she has not, begin.

“Transformation always involves the falling away of things we have relied on, and we are left with the feeling that the world as we know it is coming to an end because it is” (Mark Nepo, The Book of Awakening). 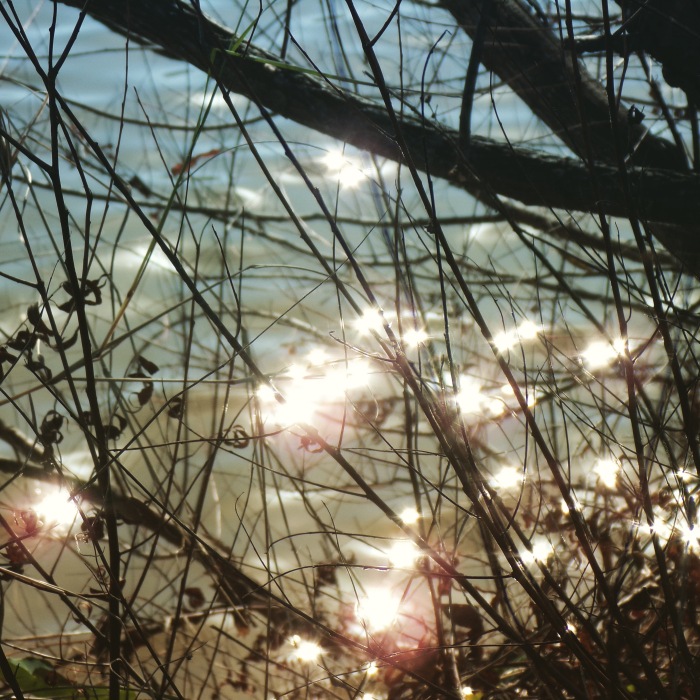