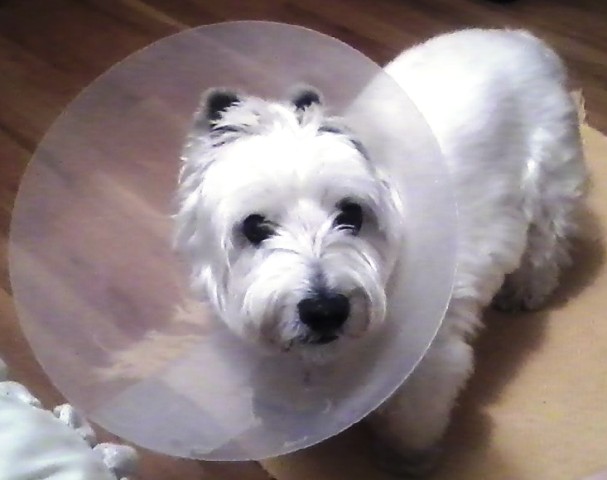 This bright-eyed Westie is a member of my extended family. Formally, he is known as McDuff but to all he loves and to all who love him he is “Duff.” Recently, he had minor surgery on his ears and in order to aid his healing, he wore a cone, a change of habit for him.

Change is how we form habits, forging new neural pathways for our brain to record as a new response to life’s experiences. It is how we physically open up to possibility.

Thanks to impermanence, everything is possible

I have been wearing my own cone of habit believing I was open to all healing possibilities. I was unaware that I could not see outside the scope of my cone of habit. It’s easier to do than one may think.

Undoubtedly, there are habits that serve us for as long as we live. Unique to each one of us, we know what they are. It is when we wear our habits as the only way to live that we create a cone, reducing our ability to see alternatives that may even improve our current practice.

Because you are alive, everything is possible

Thanks to impermanence, there is always another way. All we have to do is be in the reality we have and adapt like canine Duff. Ultimately, he figured out a way to use his cone to toss his ball, not far, but far enough to create a new way to continue to play ball. He was not confined by his cone.

My health issues also involve mobility. Months ago, I found myself in a situation where I could not walk to my destination and needed a wheelchair. It scared me, and it narrowed my vision regarding my mobility. I gave up walks but continued my daily, gentle yoga flow.

Although I increased my flexibility, the musculoskeletal pain increased and spread up my spine to my neck. Still, I stayed within my cone of comfort. It took a lupus flare-up involving my kidneys to expand my vision.

In opening to the reality I was living rather than being stuck in a moment that may never occur, I expanded my cone of habit and found an alternative health practitioner. Like Duff, I wanted to keep playing.

I did not have to look long or far. There is a licensed physician of Chinese medicine within blocks of my apartment. At my first appointment, I sat stunned as she revealed to me, in astonishing detail, what various teams of medical doctors had taken years to tell me.

Most of my medical history I had not mentioned for I had tried acupuncture previously with no results but I had never met a physician of traditional Chinese medicine.

Her estimation of my prognosis is geared to the life I have. As she reminds me, nothing is 100% but there is relief, and there are alternative ways, if I remain open to them.

After the first acupuncture treatment, I began taking short daily walks, sometimes including a stroll around my beloved Waverly pond. After the second treatment, the searing pain in my right knee significantly diminished and has yet to reach previous pain levels.

With food and some herbs, we are working with the lupus inflammation. There is a lot of hard work ahead but as long as I am alive, I can find a way to play ball, as Duff showed me. 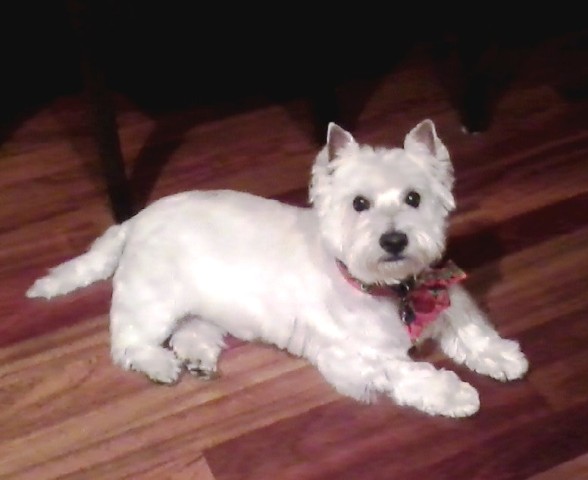 A Note About Duff: Remarkably handsome, this wise Westie lives in Seattle with my dad and his wife.

20 thoughts on “Expanding the Cone of Habit”