This post appears a bit late. It is an interlude of sorts–an interruption of my usual posting schedule—to revisit

some recent travel along the north coast of Florida, beginning the first weekend in February.

For me, the first weekend signals the promise of spring. If nothing else, this first weekend is the WHO festival–Wildlife Heritage and Outdoors–at one of my favorite places, St. Mark’s Lighthouse and Wildlife Refuge.

Each year, spring’s promise seems a bit soggier and maybe even a bit colder but  my memory is less sharp. I always remember the previous spring as warmer but then, I seem to

This year’s WHO festival kicked off a week of exploring. A dear friend had come to visit. It was a true vacation, our visit of north Florida, its Gulf coast, its rivers and an occasional inhabitant.

We enjoyed winter temperatures—I complained; she did not–but the promise of spring never left either one of us.

It is one of the many treasures of long friendships that in seeing new lands, old lands are remembered, different as each is. In the discovering, memory relays moments long forgotten. In the creation of new memories, the old is perhaps even more golden.

We grew up knowing rivers of the Rocky Mountains, clear and chatty, sometimes white in their rapids. In north Florida we visited blackwater rivers mostly, their own southern brew of organic acids and tannins.

On a particularly brisk day we “went down upon” the Suwannee River; she is deep enough that steamboats once paddled her strong currents. In these days, wooden gliders afford the visitor a comfortable seat for reflection.

The Ochlockonee River (“yellow waters”) intersects with the Dead River, perhaps so named because its movement is

barely perceptible. Together, the two make their way to the Gulf of Mexico.

The Ochlockonee State River Park is one of the most pristine parks I have visited in Florida and is particularly rich in wildlife, some whose existence were unknown to me such as the white squirrel.

After some time on our own, we decided to ask a park ranger. Memories of past searches reminded us we might not be in the right location but we were among the live oaks, prime squirrel territory regardless of color.

What we did not have was a bag of chips to shake. Yet, we are a resourceful duo and are not given to giving up. While I rested, my friend walked among the live oaks, crinkling a bit of cellophane from a tissue package.

It was only as we began to drive away that we spotted a bit of white at the base of a live oak. It did not move—we almost did—before it did. While the squirrel snacked on acorns— aware of our underwhelming presence—we worked with the digital overload of our cameras.

For me, focus is always a challenge. Mine is the “aim, shoot, and hope” philosophy of photography. That may be why I prefer shots of the sea for no matter where I focus, there is always a wave.

On some days the Gulf chopped, white capping in stark contrast to its tannic underbelly. Near the lighthouse of St. Mark’s, spring seemed a distant promise.  Off the shores of St. George, a barrier island, the clear Gulf waters lazily made their way to shore as if to say spring is on its way in its own time—as always.

On Monday, February 23, this blog is participating in the Beauty of a Woman BlogFest, which my next post will feature. On March 1, regular Sunday blog posts will return. For now, let’s enjoy the interlude. 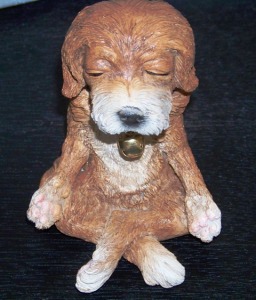