Grace and I talk a lot about community (or lack thereof) within our apartment complex. There are four buildings, perhaps pockets of community within each, but together, we are factions.

Management sends out a monthly calendar of clubhouse events. Every Monday, there is a 9 a.m. social and has been for as long as Grace and I can remember. Her memory is encyclopedic.

Grace and I share an apartment wall. As she says, “it makes a difference if you know who is on the other side.” So, we decided to find out what a Monday morning social is rather than just surmising.

We meet outside the clubhouse, telling each other how nice we look, and we do. We have brought our own beverages, mine a lime-green insulated cup and hers, a silver thermos, which she raises as she whispers, “community coffee,” a flash of the ironic in her smile.

“What does that say about me?” I ask both of us.

We are friends with rhetorical questions, Grace and I; they usually begin or end our conversations. We have little regard for answers, they of the limited run, always replaced by another question.

So on this Monday morning we are open to what we meet in the “kitchen area” of the clubhouse, three women intensely involved in a card game using a star-shaped board with pegs.

Five bid each other “hello,” and three return to their play. Grace and I choose a table in the middle of the room, and I take my walker to a side wall. All other tables are empty.

We had given considerable thought not to arrive early (with Grace, one is never late) but as it turns out, we were on time. We had come to be social, which was not to interrupt the game. Their chatter immediately resumed after “hello” with counting and card shuffling.

Grace and I kept our voices low as we sipped our beverages, telling stories we had left untold during the visits to each other’s apartment, when talking over the phone, or sitting on the wooden bench outside our three-story, white stucco building with red shutters.

It was as if we were meeting for the first time, and that may have had something to do with our age difference.

I look older than my years. Grace is curious but would never ask. That would be rude. Besides, she enjoys putting together pieces of life, moving them around for effect. Until Monday, I had walked around her efforts.

When Grace began, “I am not sure exactly what age span is between us….”

Her eyebrows shot up in surprise, and she let her breath out slowly, indicating the span with a spread of her arms, her arthritic hands still dexterous. Was it a bridge too far?

“I’m a historian,” I said, wanting worth I may not have.

She tells me a story of blackouts during World War II, of many nights sitting with her bed-ridden grandfather who said, sometimes, he wanted to die. Teenage Grace telling him he did not.

“My mother asked me to do it and I was glad to do it. I loved my grandfather.”

I don’t know where in New York State that Grace’s family lived but it was closed to an air field. With a bit of pride, she tells me how quickly she learned to identify the different planes and wing spans. Hesitantly, she admits “it was all a bit exciting.”

“It is the way of children, isn’t it?” I say, as if I know, but how else to get through a world war. And I think of Grace’s teenage angst buried in the memory of bombing drills and identifying warplanes.

I don’t know that but I have been reading many World War II war novels (The Women in the Castle) and biographies like Code Girls: The Untold Story of the American Women Code Breakers of World War II.I tell Grace about them. 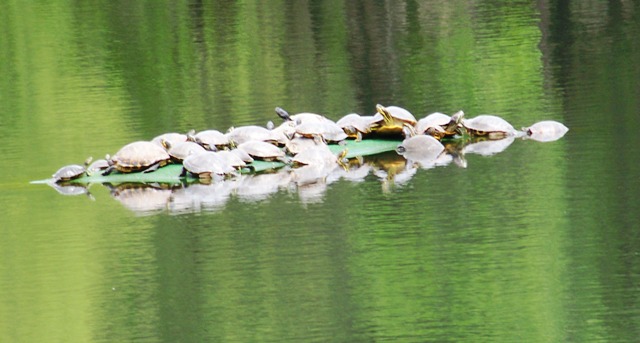 “Well, without the women in the war…” Deftly, she drops in an ellipsis and lets it sit. “They did everything. They kept it going.” She sips the last of her coffee. “And then,” she says, as she opens the palms of her hands to the sky.

“It is time for women to come forward again,” I say. “And I think it is beginning to happen. This time, there is no going back.” I offer this with more conviction than I carry most days.

Grace looks at me for a while before offering “Yes,” with the finality of belief that won’t bend with the wind.

And this week’s Monday morning 9 a.m. social ends, much as it began. The players still playing but now in silence and with a smile, they say “goodbye.”

Like Grace says, it makes a difference to know who’s on the other side.

7 thoughts on “Monday Morning 9 AM Social”